It's hard to keep your skin looking natural and healthy. Most hand and bath soap, shower gels and body washes are a detergent more like washing up liquid than real hand soap (have a look here at a great roundup of a critically evaluated research in this area). Ever wondered why you're getting dry skin and eczema when you're using the best moisturising shower gels and body washes? Read on if you want to know.

Shower gels and body washes can upset the balance of sebum on and in our epidermal layers, leaving the skin feeling dry. By washing away the non-pathogenic 'friendly' bacterial colonies that co-exist on our skin we run the risk of upsetting the natural balance of friendly and unfriendly bacterial flora. The result? Dry skin, eczema, breakouts, rashes, blotches and other common skin complaints.

There are a multitude of cleansing products aimed at us, all with slightly different cleaning properties and ingredients. Natural soap is one of them and has been around for thousands of years. It usually contains the fewest, most simple ingredients. The process of making a soap involves saponifying oils (or blend of them) by carefully mixing them with alkali salt, e.g., a water soluble ionic salt most commonly sodium or potassium hydroxide. Such salts are high on the pH scale and often referred to as a lye.

Natural as opposed to detergent soap is more efficient because it is the most effective way of making oil and water mix. Recall skin has a resilient coating on its surface (see figure below, 'Outer Layer: Epidermis') which when combined with sweat and dirt means that soap has quite a job on its hands. At one end of a molecule of soap there is a hydrophobic (water hating) part. At the other, a water loving or hydrophilic section. This makes it a perfect transport vehicle. Soap molecules combine with water and oil and the dirt is transported away.

Detergent soap is similar but different. Most skin types will tolerate detergent soap quite well with the exception of very dry skin, skin exhibiting eczema and a range of other conditions. Detergent soaps strip your skin of precious sebum but with no real replacement of this moisture. Not ideal. Now couple this with the fact that most detergent soaps are also alkali (which handmade natural soap is too) and those of us with dry skin may have a problem on our hands, if you'll excuse the pun! 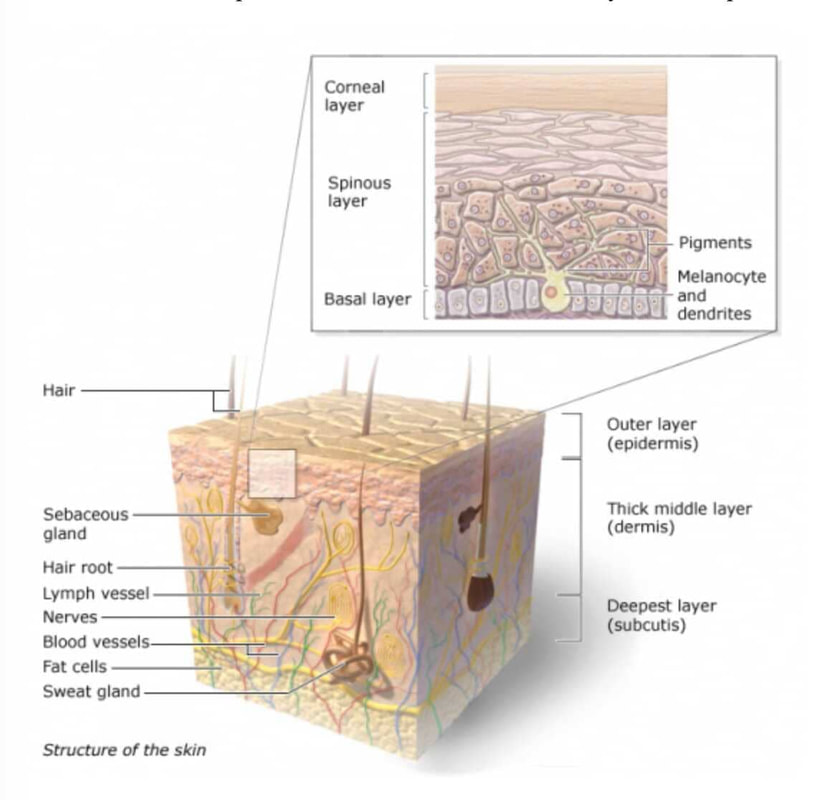 Liquid soap is a newer addition to the soap world. It's popularity has in the past grown with concerns over traditional soap bars being contaminated with bacteria! The most rigorous study of this question was published in 1965. Scientists conducted a series of experiments in which they intentionally contaminated their hands with roughly five billion bacteria. The common finding (which has now been replicated many times) was that the groups found that bacteria were not transferred to the second user in quantities large enough to confer sickness and concluded: -

​“The level of bacteria that may occur on bar soap, even under extreme usage conditions (heavy usage, poorly designed non-drainable soap dishes, etc.) does not constitute a health hazard.”

But what about delivery? The dispensing method of liquid soap clearly wins the convenience battle over bar soap. A plastic bottle gives you a convienient quantity of soap compared to handfull of bar soap. True. Secondly a liquid soap won't squash in a bag, suitcase or other loose container. This cannot be denied. And thirdly a liquid soap seems to last longer?

So with the packaging difference to one side, the remaining difference boils down to the ingredients. Although liquid soap will often start from the same saponified oils, due to the higher water content, more synthetic preservative is required. This means adding more chemicals. We add oils, sand (colour), distilled water and food ingredients (e.g., coffee, tea leaves, fresh herbs, spices, flowers) and just one natural preservative, naticide. Our soap has a shelf life of 6 to 12 months if kept completely dry.

Shower gels and washes also usually contain the saponified oils that liquid soap contains but instead use artificial foaming agents including sodium cocoyl glutamate and disodium coco-glucoside, both derivatives of coconut oil. By contrast, at Peak Soap we use real food grade coconut oil in our products. Using food grade oils is vital because the outside of the body is at points consistent with the inside of the body. What touches the outside touches also the inside eventually.

Modern marketing has conditioned us to believe that big artificial bubbles have major benefits to our psychological well-being but in reality are used more for pop rather than substance. In the world of more natural skincare products, brands have found viable alternatives to sodium lauryl sulphate (SLS) for example, a substance that tends to be one of the most drying on the skin. If this is the case we would recommend using a natural handmade soap or a shower cream.